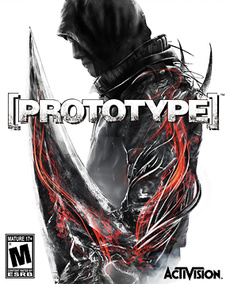 I played this game back on the 360, and was looking forward to reintroducing myself to it and going through Prototype 2. My laptop couldn’t run the game, but I held onto it in hopes that a new computer would. When I bought said computer I put the whole of my Steam library onto it. I went through each game, overjoyed that I had more than a half dozen playable titles. Prototype was not one of them. I found this confusing. My laptop just wouldn’t run the game. My new desktop opened the game, but after going into New Game it would crash. I looked for solutions online only to find out that this was common. Many people who had the game and then upgraded their computer lost access to it. Additionally, it did not boast connectivity to the Steam Cloud, so all the save data was also machine locked.

I want, ever and always to give favorable reviews. But I can’t review something in earnest that I can’t play. As such, these are memories. If you come across a console, or I hear about some universal work around one day, I’ll revisit this and tack on a P.S. Until then, I’ll jot out my memories here.

As Alex Mercer, you awaken to find your New York overrun with a virus, and you infect with it. While most displayed zombie like symptoms, you not only retained your sentience, but developed destructive abilities. You have no memory of what happened to you, so you set off to discover the truth.

The game was not particularly heavy on complex concepts overall. Most of the back story is disjointed. Mercer is able to consume pretty much everything biological. Human, the Infected, and soldiers are all food and fodder for you. Some of these have special highlights indicating they are someone in the web that will help you connect your memory. Though disjointed, the more viable targets you consume the larger your web of understanding becomes. These threads, if memory serves, can be revisited in the menu. Eventually, you do find out all about Mercer, and it was a wholly satisfying discovery mainly because I called it. Personal pride… what can you do? It is very much Mercer vs. World, and that is reflected in the disregard applied to every NPC running around.

I have, jointly, written a review for Prototype 2. The mechanics in that title are very similar, so I will not go in-depth here since I can’t open the game up and talk about the differences. It was a solid play all around. All of the information was conveyed as needed and clearly. Graphically the world was clear, detailed and, though based in New York, unique. Nothing stands out in my memory that was jarred loose by playing Prototype 2.

I do recall Prototype having a higher difficulty mode after beating the game once. I assume there to be New Game Plus, and that the powers carried over. But again, as I can’t open up the title I will not go into depth with it.

It is a shame to me that I can’t get Prototype to function on my machine. I may tinker some more and see what I can learn. If YOU can play it, you are in for a solidly put together story. On the 360, Prototype never had any problems. On my PC, Prototype 2 gave me the same smooth experience. If you get to the games’ end, and ponder on the big reveal, it may give you a good meditation on humanity itself. And that is something that I carry with me from my time with Prototype.